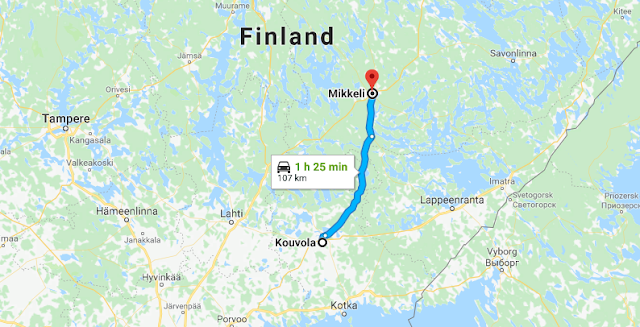 It's been a while since I've played in Finland. After some persuasion from local players, I decided to give this weekend a go. The tournament itself was a double feature; Pinball 48 Open as a stand-alone tournament and Finnish pinball league's 2018 first game as a second tournament. I was more looking to use the Pinball 48 tournament as a warmup for the league game, getting to know the games and meet some of the pinheads I haven't seen in the past 2 or 3 years now.

The format was pretty much a mystery to me, from the description I assumed we'd be playing 3-4 player matchplay, but this turned out to be head-to-head mathcplay for 12 rounds, after which 12 best players went to playoffs, 4 best getting one bye.

The qualification had no big surprises in the line-up. I kind of expected to see Total Nuclear Annihilation there, but apparently it wasn't available yet for this side of the world. I started off with Gottlieb's Black Hole against ELP. It was tight as hell match, with me as player 1 only being barely ahead of my opponent and ending just 4k ahead when he finally drained. ELP didn't play the miniplayfield, so no bonus to worry about.

Next I played Guardians of the Galaxy against ESA. I've played it in Norway and the USA before, but still don't have one very clear strategy for it, save trying to keep a mode running and going for Groot and Orb multiballs. This worked for me here as well.

Got my share of the crappy matches as well. Bally's Star Trek is one of my classic Bally favorites, yet when I went against TMA, I couldn't get jack done. Here my #1 strategic shot is a bank shot from right flipper towards the droptargets on left midplayfield and repeat until I have at least 2x bonus. Then the right side horse shoe back to the plunger lane, collecting the bonus and again. While being a good strategy theory, I managed to drain in several really painfully embarrassing ways, like from a failed tap pass and a center drain from the rubber post next to the bonus collect horse shoe. It came to us as a surprise that it was set for 5 balls and since TMA was leading after I had finished my 3rd ball as a player 1, I already congratulated him on a fine victory, until he played his last ball just for fun and it suddenly went to 4th ball, especially when the score card said 3 balls. I collected myself and won the game with my remaining 2 balls.

Some just plain bad games managed to sneak their way in as well, like a round of Tommy I played against my arch nemesis RON or Revenge From Mars against OMO, where RFM is pretty strong game for me usually. Naturally there's the mandatory "lose a game you know to a person who says they've never played it before" round, that happened to me on Full Throttle.

On the 12th round my game was one of the last ones to begin and as I looked at the scores, I made a note that I was one point shy from being in the top-12 to be in the playoffs. My last game was on South Park against OPA. It started off as a usual shit storm game, I went with building modes, but after a couple of really unlucky bouncers I soon found myself being on my last ball with 15M and my opponent finishing his last ball for 95M. Quick analysis: I need multiball, stat! Next I need to finish at least one mode completely.

I started off by starting the main multiball from the toilet and making that shot I noticed the right ramp was actually pretty easy shot. The multiball got me nowhere and I was still at almost 60M short. I also had couple of close calls, that made me slide the machine and get me a warning or two. In the end I started hitting the right ramp methodically, starting the mode, completing it and kept going until I felt someone tap my should - "you're past me now". Phew, what a crap game! Then again, I felt this perverse need to actually buy South Park and play it for some time to actually get to know it better, one of my regular places used to have it, but the maintenance was so bad it was practically useless.

In the end I had 7 wins out of 12 rounds, which made me 9th and it was my ticked to the playoffs.

Was at 15M when 3rd ball started. Played rather good Kyle in the end and snug past my opponent's 95M and to the playoffs. https://t.co/Qrmz2BarCr pic.twitter.com/pHZf5yseJq
— Ari 'APz' Sovijärvi (@apzpins) January 26, 2018

In the playoffs my first opponent was JAX and his higher qualification spot let him decide on the game. When he asked me "say yes or no", I kind of guessed he'd probably pick a game he has on his home line-up. Well, I'm not afraid of other player's home games, I have plenty of those myself, so I took on his challenge and it was Guardians of the Galaxy. I knew this was going to be tough. JAX was a champ and explained me the main points of the game, activating the lockbar button and right outlane ball save being the new items for me. Still no matter what, he brought this one home easily.

Next it was my pick and I went with Bally's Rolling Stones. This is a strong game for me, but for some reason I just couldn't nail the left orbit drop target to save my life and JAX got this one as well, making me lose my second game in a "best 2 out of 3" playoffs bracket. So out I went.

I was already packing my stuff, when I was pulled into a 9-12 game. It was on the only DIY Medieval Madness I've ever played. I played a very steady but rather boring round, playing the main and Madness multiballs on my second and reaching Royal madness on my last ball. I won my round easily, but 9th position wasn't really what I came here for.

I qualified the main game as 9th out of 34 players.

I was eliminated on the first round of playoffs.