Reflections from the past two years

I replace my gaming shirt every 2 years and in the new year 2014-2015, it was time for my black gaming shirt to be put on display in our hall of [sh/f]ame at our arcade. That shirt had seen a lot, including my double Sörkka Pinball Open victories, Finnish league trophy positions and many more memorable moments.

Now it's time to retire this olive green one (with its signature yellow/black stripes!) and reminisce some of the highlights I experienced while wearing it through 2015 and 2016.

Let's start with a career highlight. After almost passing the qualification of IFPA11 world championship at Denver, I finally made it in IFPA12 at Borås. Man it felt good to be able to hold my ground against the Big Guys!


Then came the EPC 2015 in Sint-Niklaas, Belgium. I had feared what happened at IFPA was just a fluke, but qualifying and then actually going for 4 rounds in the play-offs resulted in another career best, being 21th in an European championship game. Belgium's EPC was probably also the best pinball tournament I've ever been to when it comes to the venue and organizing.

Not to forget the smaller tournaments, I actually got very few trophies this time around. One of the most memorable ones was winning Orivesi Pinball Open 2015 after phenomenally good playing through the day. I actually managed to play multiball in Wrestlemania for so long my hand started to cramp and I had to take a break before getting back to it.

2016 also helped me to cross of some of the European countries off my to-do -list. One of them was Poland where we played the EPC16. In addition to very nice venue in the middle of a huge shopping center, I pulled the best tournament in my career, being 7th in the main tournament.

Oh, and naturally the year wasn't complete without visiting the future US president's lair in New York... 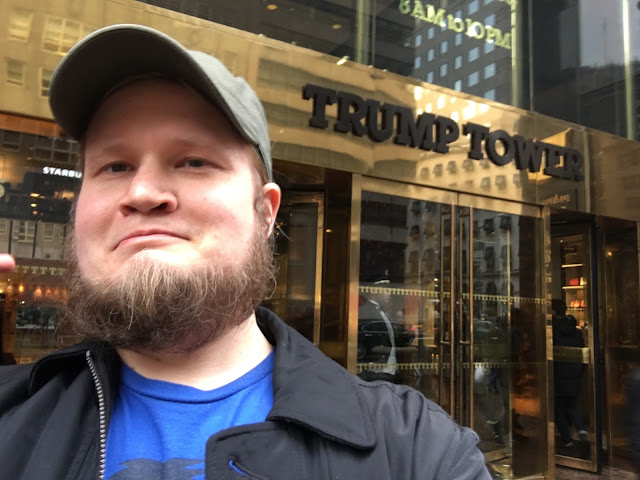 On that trip I also attended to some minor tournaments, like PAPA and IFPA13.

It's almost comical how much I have travelled because of pinball in the late years. Then again, I'm just getting started, I still need to see so many places and countries, including Japan, New Zealand, Australia, many destinations in the US too. We shall see where I'll go this year.
Posted by APz at 17:58 No comments: