So, it was finally time to hit the big boy's league with the PAPA18 world championships. I really can't begin this without pointing out the ultimate irony here: should I have been here in 2013, I probably would have been jumping of joy. And now? It's been a rough ride watching my playing abilities slowly degrade thanks to stress and trying to keep up with the 24 hour day cycle. A personal loss on the very first day of my arrival didn't make things any better. I honestly miss the times right after my shoulder replacement; I had rested for over a year and was in a condition to put up a good fight at every tournament. That era even earned me the nickname "midas". Now all the sudden I find myself with the toughest pinball players on earth and I have literally nothing to give and that doesn't exactly make good psyching up material for the toughest games in my life.

The PAPA HQ was one of the top-10 places on earth for me, but being here now was way less fulfilling than I had hoped. I didn't even bother with the A division, but should I get my game on, I might get past the qualifications in the B. The place itself was an old factory building, re-purposed as an arcade. Right behind the front desk was the main tournament area, with division A, B, C and D games. Behind that was another room, full of pins lined up back-to-back. Here's a short video I shot on my initial exploration of the area:

I eventually tried my luck with the B qualification, but with the pins set up as extra hard I saw no point playing any uninspired entries at $20 or so a piece.

I started out with a personal favorite, Fish Tales in which I couldn't do absolutely anything. The same theme went on with Radical, Rolling Stones, Dark Knight and Time machine.

After some contemplation I tried another try with Radical, Wizard of Oz, Dark Knight, Rolling Stones and Lord of the rings. Nada. No point of playing for real when I really don't feel like it.

Instead I decided to check out how many of the PAPA HQ's 450 pins I hadn't played. Here's actually a complete list of games that were new to me:

23 new games out of 450, most of them EM or early SS era, couple of rarer ones. I have to say I'm surprised of how few new games I actually found. Then again, I guess it wouldn't make sense to get some ultra-rare machines in the IFPA line up with the pain of trying to maintain some never-heard of 2-3 pin manufacturer games.

Hate to say it, but I came home feeling I had accomplished very little. The unforeseen circumstances had made my dream-come-true trip more of a "meh" one. Seeing I'm in the danger of burning myself out from the whole pin hobby, I'm officially cancelling every tournament form now on, save the ones I've already paid for, those being the IFPA12 and EPC'15. I'm so hoping I can find the joy of playing once again. I still often think of the IFPA11 in Denver where I was just jamming to good music while shredding away in the qualification.

Until then. Oh, and I despite the completely uninspired run in group B, I wasn't the last one.

After a long drive back to Pittsburgh via West Virginia, we were in for another tournament. I had originally thought we'd be going to the PAPA HQ, but this was a smaller arcade where the local pinball league is played. And true to its name, the Pinball Factory was in the middle of an industrial area.

Checking out the line-up I noticed something interesting - the first America's Most Haunted pin I've come across. Naturally we couldn't leave it to just seeing it!


The arcade itself was a large room, with long line-up of pins on each wall. They had all the usual suspects from WPCs and modern Sterns, with couple of EMs here and there. From the line-up I also spotted a lost favorite from the Tykkimäki amusement park in my home town - Bally's Transporter The Rescue. I immediately had to play it to relive those late 90s again!

I started out with Future Spa only to realize the $25 entrance fee didn't actually include the game prices, so we were actually paying to play as well. With over 200k in Future Spa I left it for now and tried the Ironman. It was its fast playing self as expected, on my 2nd attempt I had virtually everything lit, but I somehow failed to start 2 out of 3 multiballs and just rolled with the Ironmonger, only getting 12.9M. Still, at the time it was a tolerable score. I tried my chance at Hot Tip, but it turned out to be a bit hard as it was set up. I also played couple of entries of Scared Stiff, but the crate set to very hard made it just tedious to play and not fun.

I had high hopes for TX-sector, on which I spent most of my entries to get that one perfect entry in, but no. I also tried the classic Stern's Big Game just for the laughs, but that went nowhere in a hurry. The Shadow got couple of entries, but it was faster than expected, with wobbly legs. I could have done a lot better in that.

We went to visit the local Starbucks for a coffee break, but that didn't help much with the remaining entries. By the dinner time I was out and had nothing else to do, but play the free play machines, which also weren't on free play.

I was 25th of 42 players, with no chance to play in the B-game thanks to my high IFPA ranking.

The day after flying to Pittsburgh we set our target to reach Louisville, KY by nightfall. While the route itself was pretty straight forward one, the area had hit the blizzard of the century just day before and now it was a tad challenging drive with summer tires. Back at home trip like this wouldn't be much of an issue. With us were Daniele from Italy and Jorian from Sweden, both world champions. I secretly hoped we wouldn't be responsible for taking out the current world #1 and #3 should we have an accident on the way. With careful driving we reached Kentucky ahead of schedule. 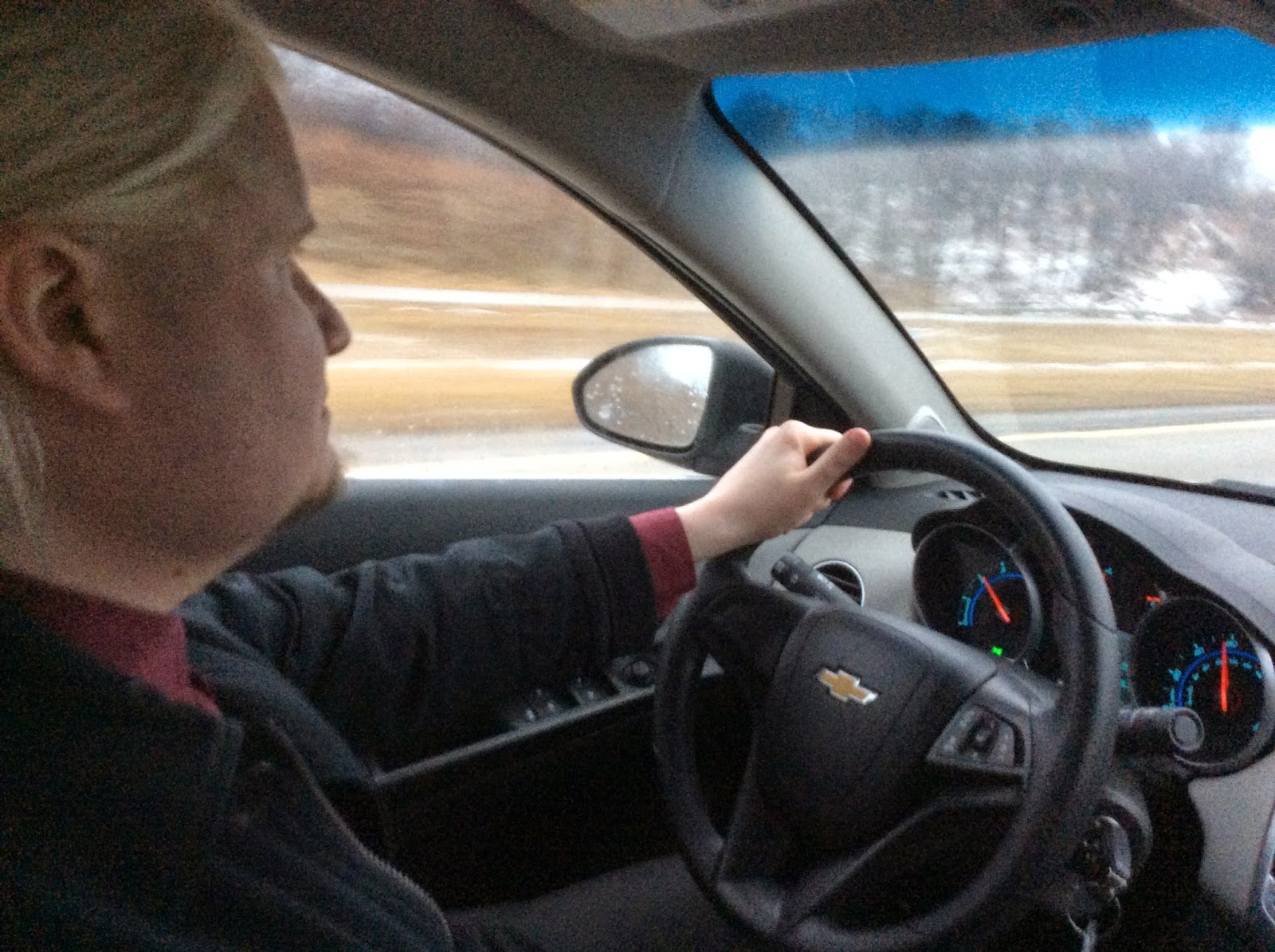 The first morning of the expo however started with a personal loss and I knew I couldn't do much this weekend. Not wanting to sit and sulk at the hotel room, bringing my travelling companion down as well I went to check out the expo and its tourney. The tournament lineup was Bobby Orr Powerplay, High Speed, Funhouse, AC/DC, Firepower, Whirlwind, Lethal Weapon and Wheel of Fortune.

I tried playing some tournament games, but it was more of of just uninspired fumbling than actual playing. The AC/DC played pretty much like most of the ones I've tried, but I just couldn't find the ramp shots to save my life. At that point I had no good tournament strategy for the High Speed, so I just tried getting to the multiball. After spending enough money on totally worthless entries, I just walked out and went to check out rest the expo.

Started to play my entries at Louisville arcade expo. My heart's not in this right now. pic.twitter.com/9V9zIHcHey
— Ari 'APz' Sovijärvi (@apzpins) March 6, 2015


I got some good games in there, played my personal best of 520k in Wizard of Oz and got to cross out couple of games off my to-play list. The Oz had come a long way from the last time I saw it in Denver last summer, and I still like it as a game even when the theme does nothing for me. The one I got to play was the 75th anniversary edition with red cabinet trimming. One of the other finds was the Magnavox Odyssey 2, which in the Europe was known as Philips G7000. I still got it after over 30 years since last playing it!


I gave it a rest for the day and came back the next day. The herb-style format where you can play as long as you like for $10/3 entries didn't exactly inspire me to drop off too much money as I knew I only had very slim chance of actually qualifying and my heart just wasn't there. For someone who's used to the "pay for participating, the games are free" the whole concept of virtually buying yourself in there was a bit off-putting.

I think Whirlwind was my favorite of the lineup, but its powerless upper right flipper and a bit loose ramp made the ramp shot extremely hard. On one game I nailed the ramp 8 times during the multiball, failing every single one. That's pathetic.

Grinding away in the main qualification, but it's not looking too good. pic.twitter.com/cLKMpV0fck
— Ari 'APz' Sovijärvi (@apzpins) March 8, 2015


In High Speed I just took the "repeat freeway score" option and scored 4M by just grinding the left orbit. Wheel of Fortune was one game where I knew I'd eventually make a good game, but at a $3.33 a game throwaway games quickly became costly. As more and more highly ranked players arrived and my scores weren't improving, I gave up. The tournament had a B-side, for those with IFPA ranking below 250. My ranking was too high for that, so I was out with a bit over $60 spent to the entries.