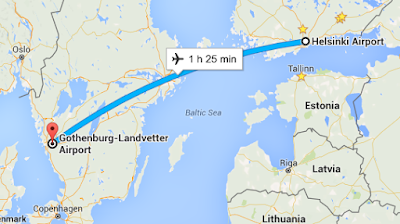 A new year, new challenges ahead. For starters, I can't help noticing I'm now Finland's #3 with JSZ squeezing past me with couple of points. With me participating in so few local tournaments, it was just a matter of time and save my shot at IFPA 13, the lost rank wasn't much of an issue to me. JSZ however declined the IFPA invite, so I'm going to the US early next month.

I was rather bummed that I missed the BPO last fall, so this time I made sure this trip fit my schedule. And as with Brussels last year, my folks tagged along to see some of the awesome places we here in Finland can only dream of.

As it was spring time, the classic line-up was the main event with the more modern machines being the side tournament. The main tournament had the players split on four groups, with four machines to play in each group. For each machine you had three tries, with the best score being meaningful. A single joker attempt was also provided, which would replace the best score if used.

Line-up for the quickie tournaments was all about the new Sterns: Game of Thrones, Kiss, The Walking Dead, Metallica, Mustang and Wrestlemania (Divas).

Speaking of new Sterns, I thought they couldn't go any more tacky with the Wrestlemania, but Wrestlemania: Divas proved me wrong.

All but Game of Thrones were at least somewhat familiar games to me. The tournament allowed free practice on the games, but the only machine that I really wanted to practice on had a constant line and towards end of the night I just decided to play my entries on it nevertheless. It did show in my score sheet.

In addition to poor game on Game of Thrones, The Walking Dead's first attempt was a total loss with three balls SDTM right after ball saver expired. The Wrestlemania was its usual finger cramper eternal multiball and as boring as I recalled.

I contemplated for a while whenever I should play any main qualification entries tonight, leaning towards playing at least all the games once. I hovered behind other players for a while, getting reads on the games. Nothing too surprising, Fathom played fast and hard, Evel Knievel was the usual frustration game, Joker Poker seemed to play quite well and I learned a whole lot of new Swedish swear words observing Hot Doggin'.

I started out with Fathom. I recall the first Fathom I ever played was at Tuukka's arcade in Viiala, Finland, and I was immediately lured in by the games unique multiball approach. INKen's Fathom played damn well (well, I do recall working on it back at IFPA12!). My first attempt at it was 2.6M, of which I was rather happy with for the time being. I think at that point it was the best in main group A.

Next I took the usual frustrating ride with mr. Knievel. Nothing fancy, got about 120k but observing majority of the other players staying under 100k I guess it had to be good enough.


I wanted to give Hot Doggin' a go, but at that time people were still swearing at it loudly, so I decided to play Joker Poker instead.

Oh boy did that turn into a futile attempt in a hurry. I know exactly what to do with the game, and for the two first games (97k, 118k) I systematically managed to get everything, except the ever important cards to make the bonus 5x! By that time I'm sure I also teached the resident Swedish Finns some new swear words as well. I thought it would be really hard to screw up like this three times in a row, but my final attempt at 129k proved that theory wrong. Aww bollocks.

Now that the whole frustration part was out of the way, it was time to give Hot Doggin' a go. It played damn well, and I realized this was the exact same Hot Doggin' I had played in Swedish Open at Stockholm some years ago. I had already learned the whole "give the right side a good slap when the ball is not intercepted by the kicker at right" -maneuver, and put 947k on it the first try, to much of the dismay for the observing crowd.


Save the Joker Poker fiasco, I have pretty happy with the scores and decided to leave rest of the games for tomorrow.

We returned the next afternoon. First thing I noticed was the amount of good games people in my group had played in Fathom. There were several 3-4M games on it! Whoa. Other than that, my Evel Knievel attempt wasn't a stellar game, but it was still hanging there. Hot Doggin' was holding out great and Joker Poker needed a miracle joker entry to put me back into the game.

I played rest of my Evel Knievel entries, but got nothing noteworthy on it. Fathom gave me one bad 500k game, but then I finally got to the place where I wanted, with three balls in the game, two trapped and the spinner lit. Hitting the lit spinner with 3x scoring was just glorious! In the end I finished with 4.1M which might have been one of my best ever entries in a tournament game on it.


Next up was my yesterday's nemesis: Joker Poker. I didn't have to think twice to use my joker entry there. And oh boy did it feel good when I surpassed my previous best entry on my 2nd ball, ultimately doubling my previous best score!

I played rest of my entries on remaining games on Hot Doggin', but couldn't beat my original 947k score there. At 439k and 648k my both attempts were still above average.


Turns out my entry was strong enough not only to take me to play-offs, I got a bye as well. Damn I was happy with that final Fathom game!


The GC side tournament was all about having your name as many times on the line-up's high scores as possible. I didn't have that much time to play my group's machines, but I still got in some scores. I played No Good Gofers and Avatar for the most part, putting some names on each. Congo and especially AC/DC Pro both hated my guts and the feeling was mutual. I never got the chance to try TOTAN.

In the end I didn't pass the qualification and was 34th out of 67 players.

I was ultimately 4th in my qualification group, thus getting to the play-offs. As a side note my fellow travelling Finn OMO was 3rd of his group, and my dad didn't qualify.

The play-offs were played in four player groups. The round lasted until either two players had won twice, or two had lost twice. That put quite on interesting spin on things, as with the normal 4-2-1-0 point thing you don't have to keep winning, just try not to suck too much.

After waiting for what felt like forever, I was finally up, but long days had already starting to take their toll on me.

The games for the round 2 were: Playboy, Roller Disco, Harlem Globetrotters, 6 Million dollar man, Evel Knievel and Star Trek. We'd play until either two players got two wins, or two players were last twice. I went against MUU, JAN and DDH.

We started out with Bally's Playboy in a game that was real pain for everyone. One hit SDTMs and other frustration was seen all across the board. I think I got one ball that was longer than 10 seconds, and DDH won the game ultimately with just less than 20k difference to the next one. I was 3rd. MUU go the short end of the stick with even worse luck than what rest of us had.

Next was Loller Roller Disco. I got my game on from the very start and was really close winning this one, but then JAN zoomed right past me on his last ball, while MUU apparently had taken a piss in Lady Luck's cereal and had 5 really crappy balls in a row, getting his 2nd loss and was out of the game for good.

I'm so glad I've gotten some practice on the Harlem Globetrotters lately and I finally can deal with the asymmetrical dual flipper setup. I got a good game going on from the first ball, with DDH right behind me. It wasn't until the very last ball, when DDH finally got past me, leaving me 2nd and JAN 3rd. As this was DDH's second win, he went onto the next round, leaving me and JAN to fight it out on the 6 million dollar man.

6 million dollar man was made of hate and fail. The tilt was so sensitive that it tilted for looking at the game wrong! After two first balls I was at lead with 10k (!) with JAN at 2k (!!). I guess we both would have found the situation very funny, hadn't it been about elimination for one of us. We kept tilting the game even from lightest slap save. JAN played an okay-ish 4th ball and pulled enough lead that I just barely couldn't catch him on my 5th ball, thus getting myself eliminated.

My usual reasonable goal is to always progress at least one round in the play-offs, the rest is just a bonus. Still, having that bye meant I was somewhere in the top-20.


I didn't play that badly, but tired mediocre games just didn't cut it in the playoffs. I'm out of the main tournament after round 2.
— Ari 'APz' Sovijärvi (@apzpins) March 12, 2016

In the main tournament I qualified 4th in my group, getting one bye. I got eliminated on round 2, and was 18/93 in the whole tournament.

In the quickie tournament I was 31/73 and in GC tournament 34/67, funnily enough tying with my old man!

According to my music stats, the most played tracks were The Trooper and Whiskey in the Jar.

Over the years I've gotten lots of more or less friendly jabs about pinball not being "proper sport", with throws like my fingers being the only moving part in this "sport".

I've now been wearing a heart rate monitor for the past 6 months and it has shown quite interesting data when it comes to playing. My normal heart rate at rest is around 75bpm. When playing casually it goes to around 100bpm and when I'm taking it seriously I'm seeing rates from 120 to 150. So there. Sport.